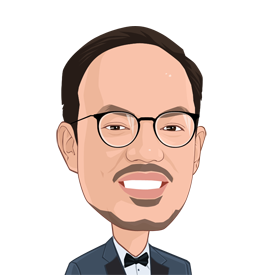 Dima Djani is the Founder and CEO of ALAMI - a sharia-compliant P2P lending platform, focusing on invoice financing for small and medium enterprises. Previously, Dima was a Vice President at Societe Generale, one of the largest French banks with market capitalization of 20 billion Euro. Prior to that, Dima worked at Citi Corporate Investment banking in Hong Kong and Jakarta, where he advised the C-suite executives and family offices to tap the fixed income or equity instruments from banking and capital markets. Some of his transactions include Government of Indonesia’s €3 billion bond and Garuda Indonesia’s $526 million IPO

Dima has recently graduated from INSEAD Global Executive MBA program, highly regarded as the best business school in the world by Financial Times; where he received national diversity scholarship and financial fellowship from the school.

Within the program, he led ALAMI to be the runner-up at the INSEAD Venture Competition, where several unicorns were made, such as Blabla Car in France.