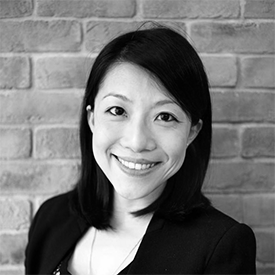 Fernn is currently a corporate venture builder at SC Ventures, the venture incubation arm of Standard Chartered Bank. She leads venture sourcing, evaluates Fintechs, and helps to build ventures, moving them from Pre-seed to Seed.

Prior to moving to SCB, Fernn was the Head of Culture and Fintech Acceleration of The Open Vault at OCBC. She was the founding member of the team, led OCBC's corporate accelerator and was in charge of OCBC's Fintech ecosystem engagement plans. Fernn also helped to expand the team to set up The Open Vault at OCBC in Malaysia and spearheaded the team to win Asian Banker’s Best Innovation Centre 2018.

Fernn has spoken at events such as Money 20/20 Asia, Asian Banker’s Future of Finance Summit and MoneyLIVE Summit. She has a degree in Mathematics, is a double Masters holder – majoring in Innovation and Mathematics and has worked in different sectors in both London and Singapore.