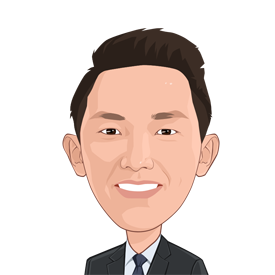 Hendra Kwik is an Indonesian entrepreneur working in the FinTech industry. He is the CEO and Co-founder of PAYFAZZ, a mobile application that serves as a platform for Indonesian citizens in rural areas to conduct financial transactions. It took three years from three childhood friends building an app to four hundred people building an ecosystem to reinvent financial access.

Born and raised in Jambi, Hendra Kwik moved to Bandung to study at Institut Teknologi Bandung where he was awarded the Top Three Indonesia National Students in 2012. After graduating, he worked in various industries, such as: the government institution in Indonesia and international company based in Brazil. He returned to Indonesia in 2015 to work in a startup focusing on SMEs, before starting a startup on his own in 2016.

The startup was co-founded with his childhood friends, and they still work together to this day building PAYFAZZ. In 2017 PAYFAZZ was awarded seeding money from YCombinator. PAYFAZZ is also the first Indonesian founded company to be seeded by YC (alongside companies such as Airbnb, Dropbox, Reddit, and many more). In 2018 PAYFAZZ got its second funding. In 2019 PAYFAZZ was awarded HR Best Place to Work For, and Hendra and his co-founders was was also awarded FORBES 30 under 30. Now they continue to support SMEs in Indonesia by reinventing financial access.