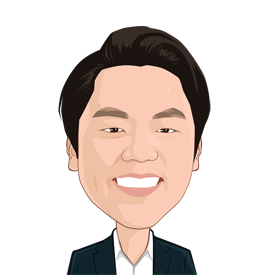 Joel Neoh is one of Asia’s most recognized and successful young entrepreneurs. Joel is the Founder of Fave, Southeast Asia’s leading Digital Merchant Platform with presence in Malaysia, Singapore, and Indonesia.

Joel was one of the initial founders of the Groupon businesses in Asia and headed up Asia Pacific region for 4 years. He played an instrumental role in establishing the high-growth business model that propelled Groupon into a multi-billion dollar business, with thousands of employees spanning across 12 countries.

Joel has co-founded several successful companies including social news platform SAYS.com, and invested in a string of technology venture capital funds and startups across Asia. In 2013, SAYS.com merged with Catcha Media and the company was rebranded as REV Asia. REV Asia was recently acquired by Media Prima for over RM120mil.

Joel has received the Ernst & Young Entrepreneur of the Year Award and was named Young Global Leader by the World Economic Forum. Malaysian Tatler also awarded Joel Entrepreneur Par Excellence in 2018. He completed his studies in Monash University and Harvard Business School.