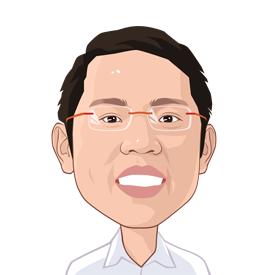 Prior to founding Insignia Venture Partners, Yinglan was Sequoia Capital’s first hire and Venture Partner in Southeast Asia. He sourced multiple investment opportunities for Sequoia including Tokopedia, Go-jek, Traveloka, Carousell, Appier, Dailyhotel, Pinkoi and 99.co. Yinglan had also been a member of the Singapore Administrative Service, where he served in a variety of positions in the Prime Minister’s Office (where he was part of a team that managed a S$360 million fund for innovation and enterprise), Ministry of Trade and Industry and Ministry of Defence. Yinglan was also the founding Director of 3i Venturelab China, a joint-venture between private equity firm 3i (LSE:III) and INSEAD.

Yinglan has been named as an Eisenhower Fellow (2018), World Economic Forum Young Global Leader (2012 – 2017), a WEF Technology Pioneer Selection Committee Panel (2015-2017), Top “40 leaders under 40” by Prestige Magazine (2015), Milken Institute Young Leaders Circle (2016), one of 100 Leaders of Tomorrow by the St Gallen Symposium (2010), 100 Global Thinkers (2011) by think-tank Lo Spazio della Politica, a World Cities Summit Young Leader (2014), a WEF Global Agenda Council member on Fostering Entrepreneurship (2011-2013) and a Kauffman Fellow (2012). He also serves on the International Board of Stars – Leaders of the Next Generation, the Singapore Government’s Pro Enterprise Panel and the Committee on the Future Economy's Sub-Committee on Future Corporate Capabilities and Innovation. Yinglan is an Adjunct Associate Professor at National University of Singapore and Nanyang Technological University. He is also a Strategic Research Innovation Fund Investment Committee Member at Nanyang Technology University, a Forbes columnist and author of 3 books - The Way Of the VC (Wiley, 2009), Chinnovation (Wiley 2010) and textbook New Venture Creation - An Asian Perspective (Mcgraw Hill 2011). Yinglan was educated at Stanford and Carnegie Mellon and completed executive programs at Harvard and Oxford.